Take a minute to think about your dream island. Beyond the limits of reality and reason using only your wildest imagination. Maybe it’s covered in gourmet hot dog stands and million dollar cars.  Perhaps it boasts a white marble castle and wild roaming horses. Or maybe it’s a reflection of Isla Pastor, a bountiful, 3 kilometre wide jungle island floating off the coast of Panama in the Caribbean Sea.

Accessible only by boat, this dream island has all the hallmarks of paradise; the long jetty with an overwater thatched hut, the fringing of relaxed palm trees and lush greenery, the never ending supply of tropical produce and the perfectly clear waters that make the coral reef easy to swoon over.

But this is where elements of generic end. Hidden in Pastor’s jungle, a wooden stilt house plays home to a small intentional community living in pure harmony with each other and the land. Isolated from the rest of the world, they are breaking away from traditions and expectations while dancing, quite literally, to the beat of their own drum.

Erick, a softly spoken and kind spirited Mexican, and his wife Nelly, a warm hearted and vivacious American, are the foundations of the habitat. They’ve been living in Panama working on the project for the last 8 months, joined by their 3 year old son Aashman, and the slow turning rotation of travellers they welcome into their family.

An hour after arriving on the island, Erick takes me on my inaugural tour, through the jungle and up to the islands small peak. He picks a ripe cacao fruit off a tree and slices it open with a machete, inviting me to remove the seeds and suck off the sweet lychee like flesh. He recites his impeccable knowledge of the land and I try with all my might to memorise it. Every medicinal property of noni. Every variation of frog. The complete history of chocolate production.

Despite being enthralled by the real life science lesson in front of me, my mind is far too busy navigating my feet through the rugged terrain to really absorb it. Meanwhile, Erick floats around effortlessly, simultaneously working the machete and balancing Aashman on his shoulders. Along the way he stops to assure me this is not just a place where “hippies are trying to build a garden“. But it’s an unnecessary statement; the underlying mission at play is as obvious as the island’s physical beauty.

Erick and Nelly have taken the path of raised resistance based around their well-formed values and a passion for sustainability. Permaculture is at the heart of the project, evolving rapidly as a result of the imaginative and progressive group of people that such a project naturally attracts. A 19 year old man by the birth name of Raskal commands the most attention. He is in Panama taking a six month sabbatical from his mycology studies at a college called Evergreen in the US city of Olympia.

It’s hard to tell whether mycology, the science of fungi, is actually the most interesting subject I’ve ever had the pleasure of hearing about, or if it’s just Mushroom Man’s perfectly intoxicating passion at play. He speaks affectionately of his upbringing, telling of a father who painted henna at carnivals and a Grandfather who listened to tape recordings of his baby drawls through his car stereo. Every word he utters is astoundingly intriguing and it seems plausible he has 70 years man, filled with contentment and wisdom, trapped inside his 19 year old body.

Down by the herb garden, Raskal invites me into his world and talks me through his latest mushroom project. The Cordycep Mushroom, I’m told, has the ability to infect and essentially demonise, the Leaf Cutter Ants of the island. Once infected, a mushroom grows out of the head of the ant, the ant becomes possessed, acts uncharacteristically crazy and eventually makes a beeline for the Queen ant in an attempt to pass the infection along. Before the inebriated ant manages its unintentionally heartless attack, it is intercepted by two security ants who are guarding the queen and her colony. They guards capture the infected ant, carry it to an ant death pit, kill it, and then proceed to kill themselves via decapitation – avoiding the psychotic fate that they know lies ahead of them.

A mushroom growing out of the head of an ant? Ant suicides? My mind is positively blown. And that’s before I’ve been told of Raskal’s plan to capture the infected ants and make a protective wall around the herb gardens so that the ants will sense the danger of the mushrooms and stay away from the other, less self defending plants and fungi. Pure genius.

In amongst the insane introductions to mother nature, the bush walking and the swimming with starfish, there are lengthy, gratifying food rituals. Each meal takes hours to prepare; grating coconuts; dicing freshly harvested vegetables into sauce; baking herbed bread from scratch. When the meal is prepared, the chef stands on the balcony and makes a deep roar through a huge bamboo didgeridoo, signaling that it’s time to eat. The tribe reunites, emerging from hammocks, putting down their paintbrushes and cleaning the soil off their hands. Before the feast begins, Erick makes a thought provoking and uplifting introduction. His thankfulness for the food in front of us and life in general is completely infectious – even when it happens three times a day.

Like in any community, not every day is a flawless euphoria, and the afternoon that required cutting down a mammoth vine draped tree was an awakening to this reality. Despite every effort to make this an event of appreciation and rebirth, we were all left a little shaken by the miasma of the chainsaw and the painfully loud cracks as the tree fell to the ground, leaving a gapping whole in our jungle outlook. With Sanskrit chants to the left and tears to the right, it was impossible not to be thrown by the enormity of the situation. Sure, trees get lopped at every moment of every day. But in a place where individuals hold themselves accountable for their actions, and every scrap of non-recyclable waste becomes a building block for a new hut, this was a moment of significance. Within a week the gracious old tree that saw the sun rise and fall more than most of us could hope for would become a boat. And not just any old boat, but a kayukos; a long traditional paddle boat that would alleviate the need for the motorised boat whilst paying respect to an age old mode of transportation used by the local indigenous community.

For Erick and Nelly, respecting the locals goes far beyond boating. They have established community outreach programs that allow volunteers a heightened level of integration and learning. During weekly visits to an elementary school on the main land, the local children get to practise their English, whilst workshops and classes hosted by the local elders allow volunteers to scrub up on their Spanish and learn their unique and timeless traditions and skills. It’s just another example of the philosophy of exchange the permeates the entire project.

The experience of Isla Pastor won’t be for everyone. Conversations are deep, televisions are non existent and a colony of tarantulas like to call the island home. But if your wild nature is stronger than your arachnophobia, and you’re inclined to indulge in conversations that most save for occasions when they are freed by booze, then Isla Pastor is most certainly for you. 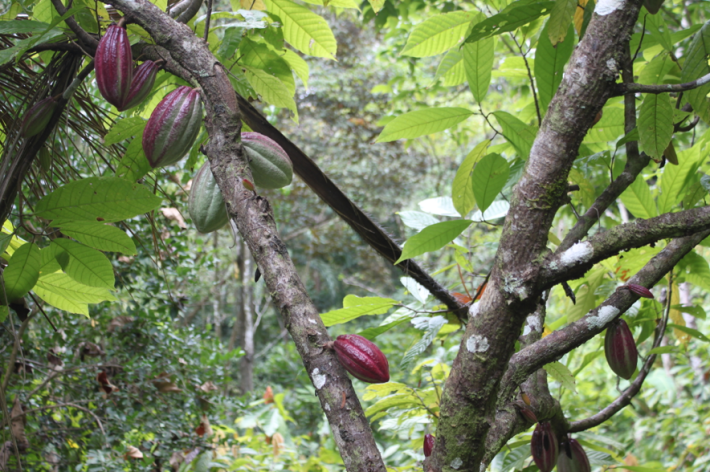