When it comes to conversing about Varanasi, a city in the Indian state of Uttar Pradesh, there are enough outlandish facts to fill an eight-course degustation. You could start with the widely abhorred open-air burning Ghats where some 250 human corpses are cremated every day in full public view; progress to the millions of dollars that have been spent releasing snapping turtles into the River Ganges to instinctively feed off the human remains polluting the ecosystem; and peak with the unorthodox rituals of the Aghori Sadhus, Hindu holy men notorious for covering themselves in human ash and eating human flesh.

But with all the limelight given to Varanasi’s incomprehensible cultural practices, very little attention is given to what this city can truly offer. Seeped in 3000 years of history, populated by spiritual souls who celebrate life as much as death, and progressed by ayurvedic medicine and education, Varanasi is one of the most life changing destinations on the planet. 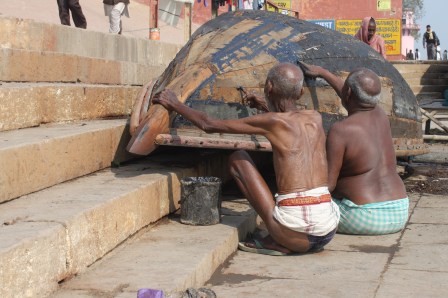 On arrival, this is just another Indian city. Chaos and colour intertwine, and it’s impossible to fathom being relaxed far less enlightened. Streets too narrow for a rickshaw are swarming with humans performing festive and extravagant daily rituals, in a flurry of excitement and urgency. The markets in the city’s centre are bursting with fresh produce, flowers and live animals, and there’s a general sense of vitality amongst the crowds. There are bookstores, clothes shops and cafes galore, with the usual scent of spices and incense in the air. Armed with the knowledge that somewhere beyond the frenzied streets, bodies are burning in the open air, this is the time for those travelling alone to gravitate hastily to the safety net of other travellers. Hostels are swimming with tourists on variations of pilgrimage, seeking answers and craving knowledge and there is something incredibly calming about forming an alliance with individuals who share your overawed curiosity.

It’s not until you reach the sprawling open space of the infamous stairs that lead to the River Ganges that it becomes apparent you’re somewhere special. Varanasi is one of the world’s religious epicentres with a unique fusion of Hindu, Buddhist and Muslim inhabitants. Spiritual devotion is omnipresent along the riverbanks and It’s easy to lose hours observing people as they meditate, chant and immerse themselves in the river’s holy water. The open-air cremations are just one part of the Varanasi puzzle and as locals will tell you, burning is learning and cremation is education. The air by the ghats is thick and pungent, sprinkled with ash that disintegrates into your skin. For Hindu’s, the process of cremation releases the individual’s spirit from their physical body, acting as a transition to rebirth. Consequently, the ceremonial act is carried out with a tone of duty and respect rather than mourning, and crying is forbidden. Standing less than a few metres from the flames, the cycle of life and death has a heightened sense of normalcy; a concept once so foreign and unknown is here so open and accepted.

With your eyes constantly darting from spectacle to spectacle, a few days in Varanasi can feel like a lifetime. This is the time to take refuge in one of the countless temples, hideaway on a rooftop to watch monkeys cause havoc, or explore the outskirts of the city exploring Buddhist mythology. Sanrath, a 30 minute journey from the city, is a tranquil park in which Gautam Buddha taught his first sermon after reaching enlightenment. Here, the mayhem of Varanasi’s hub melts away, and the only colours interrupting the natural surroundings are the orange and maroon of the Monk’s robes. Modern day disciples sit in quiet meditation amongst the parks ancient ruins and monuments, creating an infectious aura of calm that’s hard to leave.

Take It In & Taking It Home

Varanasi is no honeymoon destination. There’s no perfect turquoise ocean or low hanging palms, and the mood’s hardly set for sipping on cocktails. But this is one of those places so confronting and awakening that it inevitably shifts your whole way of thinking. Whether you’re passionately atheist, thanatophobic or just intrigued by the ways of other cultures, there’s something extraordinary about visiting Varanasi.

The evening prayer ceremony by the Ganges is best viewed by boat. This hour long daily ritual is a sedative experience that warms the senses with fire, incense and music.

The Kautilya Society. A not-for-profit organisation aimed at breaking down cultural barriers through knowledge and dialogue. Cozy, great food and insanely cheap. kautilyasociety.com 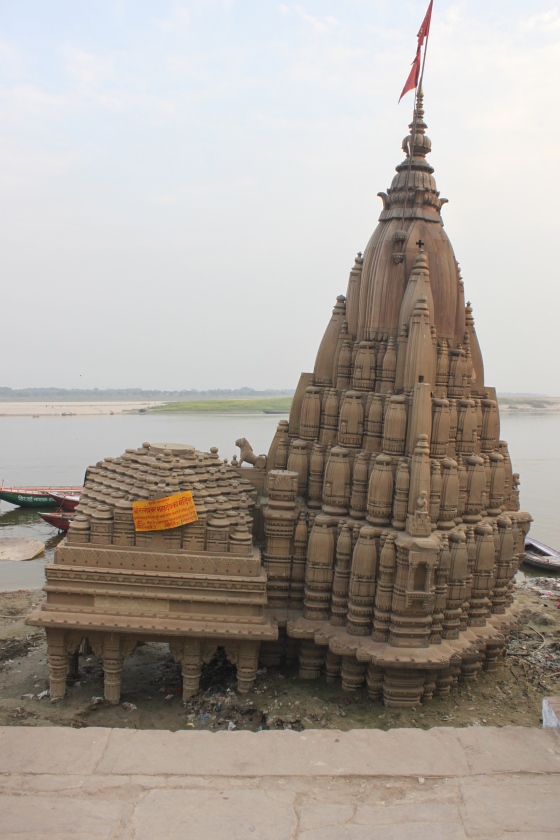