Beholding the horror in Bangladesh.

“The emotional reaction on beholding the horror in Bangladesh is naturally to vow never to buy so much as a T-shirt sewn in that country… But no one suffers more from a boycott than the improvised workers themselves.

The better idea is to engage, just as disparate reformers did after the Triangle Shirtwaist fire. Governments, corporations and individuals in developed countries have their own power, which they can put behind the message that endangering workers is no way to build an economy.” 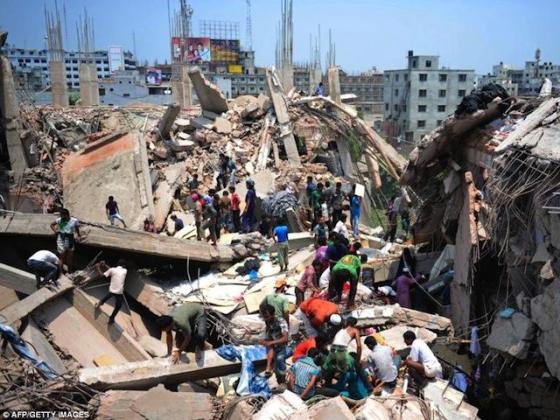